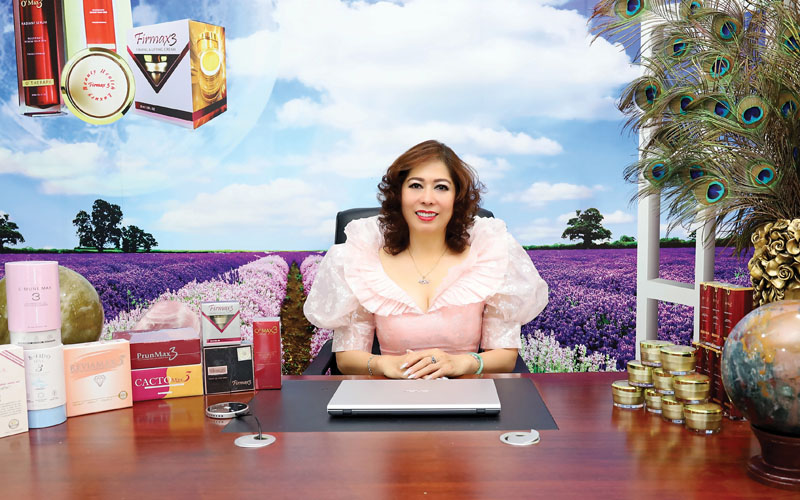 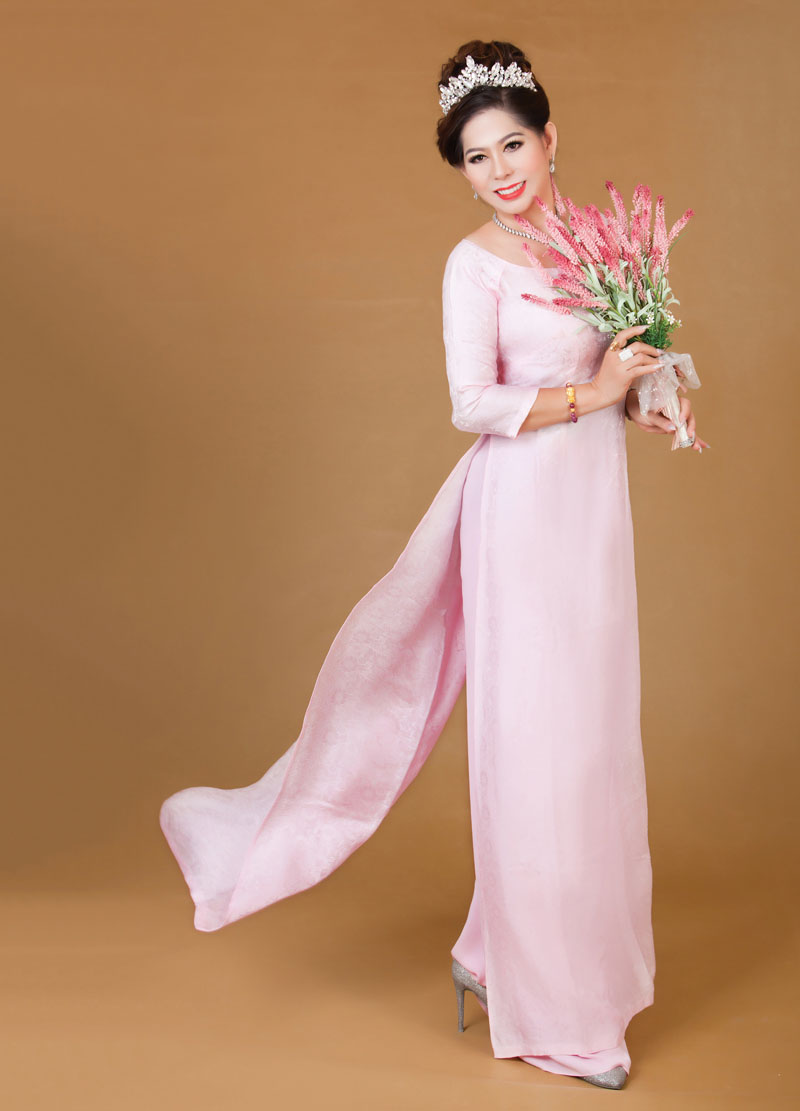 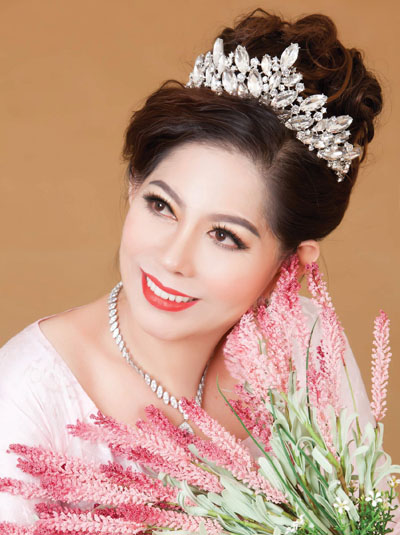 At the age of 56, businessman Yen Nhi has captivated the audience and judges with her confident strides and radian smile. Every time constestant Dao Yen Nhi appeared and performed, she received resounding applause from the audience because of her natural charisma and bright smile. In Dao Yen Nhi everyone always see a message of joy and happiness.

As the CEO of RF3World Vietnam Co., Ltd. – A pharmaceutical company with presence in 56 countries around the world, Dao Yen Nhi is who anyone who entering the cosmetics business wish to become. However, not many people know that in order to get to this position, she had to go through many turning points and many difficult years to find the way to developed her success.

Dao Yen Nhi was born in 1965 in Hue and is the second child in a family of 7 siblings, including 5 girls and 2 boy. Her father is a traditional medicine doctor, mother is an embroiderer.

After the liberation of the country, Dao Yen Nhi and her family went to Lam Dong province.

Since childhood, Yen Nhi has been a special girl who likes to share everyone's work, to learn and discover new things. Living in a family with a tradition of oriental medicine, since childhood, Dao Yen Nhi has been accustomed to taking care of patients, treating them with packages of aromatic herbal medicines for their respiratory system. Cure them with the art of acupuncture.

At the age of 15, Yen Nhi began to know how to treat and provide acupuncture for patients with mild sickness according to the "hereditary" method, when her parents opened a charity clinic for oriental medicine for poor people in new economic areas.

In 1993, Yen Nhi and her 2 younger sisters decided to return to Ho Chi Minh City to establish a business because hunger and poverty persisted throughout the family. The consequences of years of overwork and inadequate nutrition caused Yen Nhi to suffer from heart disease, so she was very weak.

That day, Yen Nhi accepted to do anything to earn a living, from babysitting, cooking, helping with housework for foreigners. Yet Yen Nhi still only to manage to lives days by days, worry of tomorrow.

Even when Yen Nhi took both her parents and sisters to Ho Chi Minh City to rent a house to live and do all kinds of jobs from sewing outsourcing to knitting and crocheting all kinds of items, the whole family worked hard, her father had to working as a security guard, but the family's economy is still in a state of shortage. Unfortunately, Yen Nhi's younger brother – the talented and hardworking brother who always accompanies her, was lost because of a traffic accident, throwing Yen Nhi into a state shocked because she felt sorry for her brother and thought she couldn't never get up.

In the midst of that difficulty, Yen Nhi's heart disease became more and more serious. Illness makes Yen Nhi want to give up, relief her parents of their burden, but her parents always love and encourage even though they have to work hard, borrow money, they must by all means to treat Yen Nhi's illness.

With the love of her parents and the help of a few people whom lent Yen Nhi's parents money to treat Yen Nhi's illness. In the end, Yen Nhi had a successful heart surgery

It was followed by days of depression because Yen Nhi had to stay at home to regain her health while the whole family was still struggling to make a living in difficulties. Loving her family, Yen Nhi decided to go out to find a job to help her family. In those years, Yen Nhi followed her friends to do business in Laos and Cambodia. Wherever there was a job, she will be there.

“It was so hard that when I came home to visit, the dog didn't even recognize me. My body was so tanned, face full of exhaustion, but "empty hands remain empty hands". And the great fate has come.

Being successful like today, Yen Nhi is always indebted to Mr. Sophanou, Mr. Matt – Marketing Director, Doctor Hasrizan Hassan. And a very special person is the Chairman of the Group – Mr. Dato Naz Zeri OMAR.Firmax 3 is manufactured by
Japanese nanotechnology, researched and developed by RF3 World, Malaysia. The product consists of vitamins specializing in rejuvenation, improving the body's resistance by a group of rare herbs, applied directly to the acupuncture points, the molecules are absorbed straight into the blood, quickly going to the cells, rapidly change the body.

Seeing the practical effects, along with her knowledge of oriental medicine and personal experience with diseases, Yen Nhi put all her heart into agents development. During 3 years, from 2015 to 2017, Yen Nhi quietly went from province to province to introduce products to everyone.

At the end of 2017, RF3 World Vietnam company was born, and quickly exploded.

“I now have 100 agents and over 10,000 associates. It is thanks to the great effectiveness of the product that I have the success I am today.”

Many people come to the company in a deadlocked, miserable situation. Thanks to Yen Nhi's encouragement, trust and training, most of them have had great success.

At the end of September, Firmax 3 product won the "International Quality Gold Brand" award by the Vietnam Business Council.

GIFTS FOR PEOPLE WITH RICH WILLS

When the Covid epidemic was run rampage, Ms. Nhi gave 1,800 gifts worth 360 million VND to peoples with difficult circumstances. She also contributed and supported her homeland as well as in Lam Dong province, where her family lived for a long time before returning to Ho Chi Minh City to establish a business.

Now at the age of 56, she still has a slim figure, much younger than her age. Asking her after many years of trying to build her career, what are the most core experiences she has, she confided that: a business career is a long journey that requires perseverance and constant efforts. In that year of business, she understood that results only come to those who know how to be patient and industrious.

She always feels lucky because life has given her challenges and given her the opportunity to conquer her dreams. She developed her work from scratch, success was a reward for her own efforts, and that made her more tolerant.

No matter how successful her career is, for her, family is still the most important thing. At work, she is a woman who affects thousands of employees, but in her family, she is still a daughter who cares about each meals and sleeps of her parents, chats and shares every small job with her brothers and sisters in the family. Because all the family members are working in her company and everyone is doing very well, successful and happy in the big family. No matter how busy she is, she still spends time with her family, taking care of both sides of the family. It is because she values her family that encourages her.

She shared that in order to achieve today's success, she is very grateful to her parents for their love and care for her. In life, Yen Nhi is someone who appreciates efforts. Efforts help people to have will and achieved understanding, she said. Thanks to the will and understanding, people will know how to live, be tolerant, know how to live right, live with standards, live with positively in life. 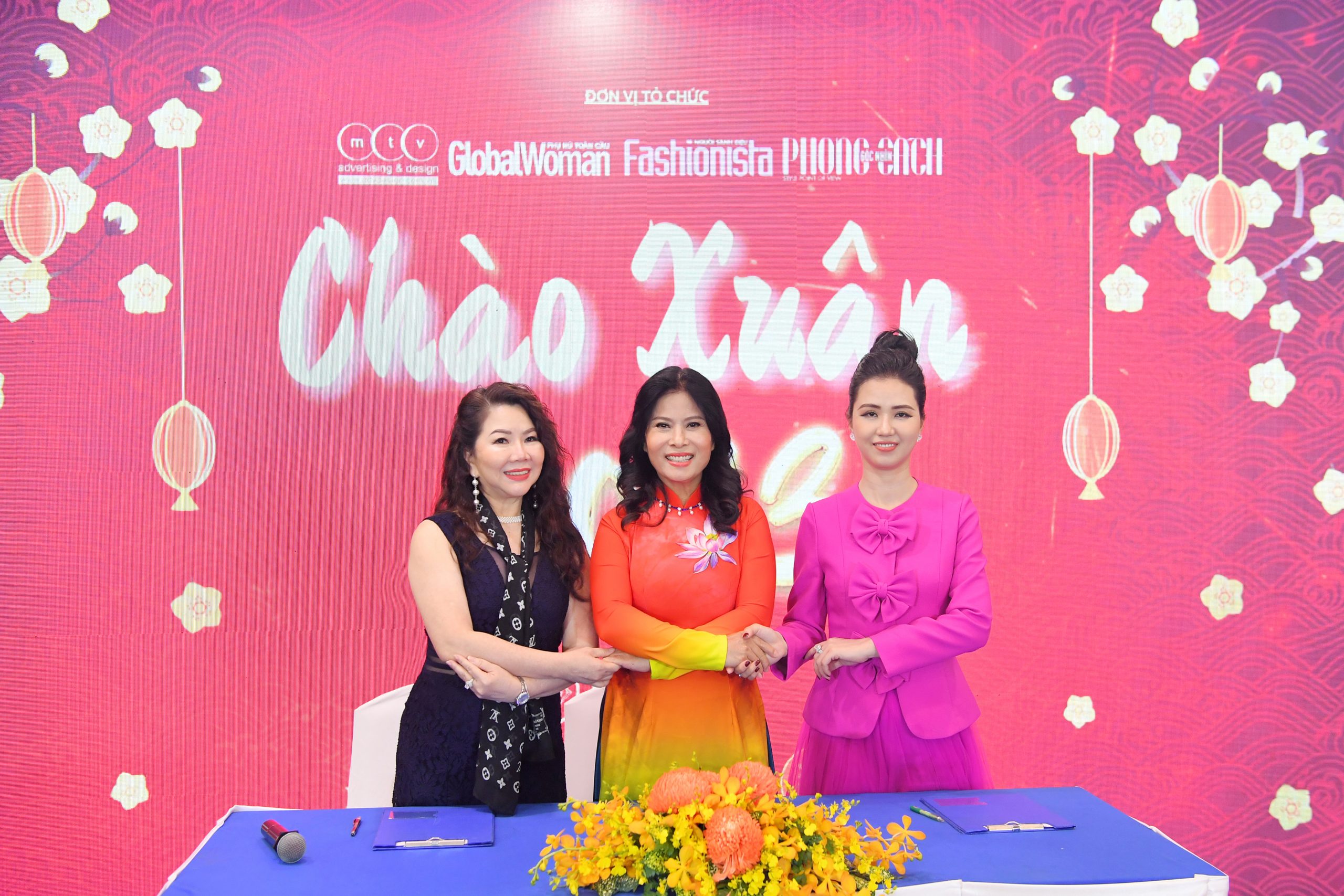 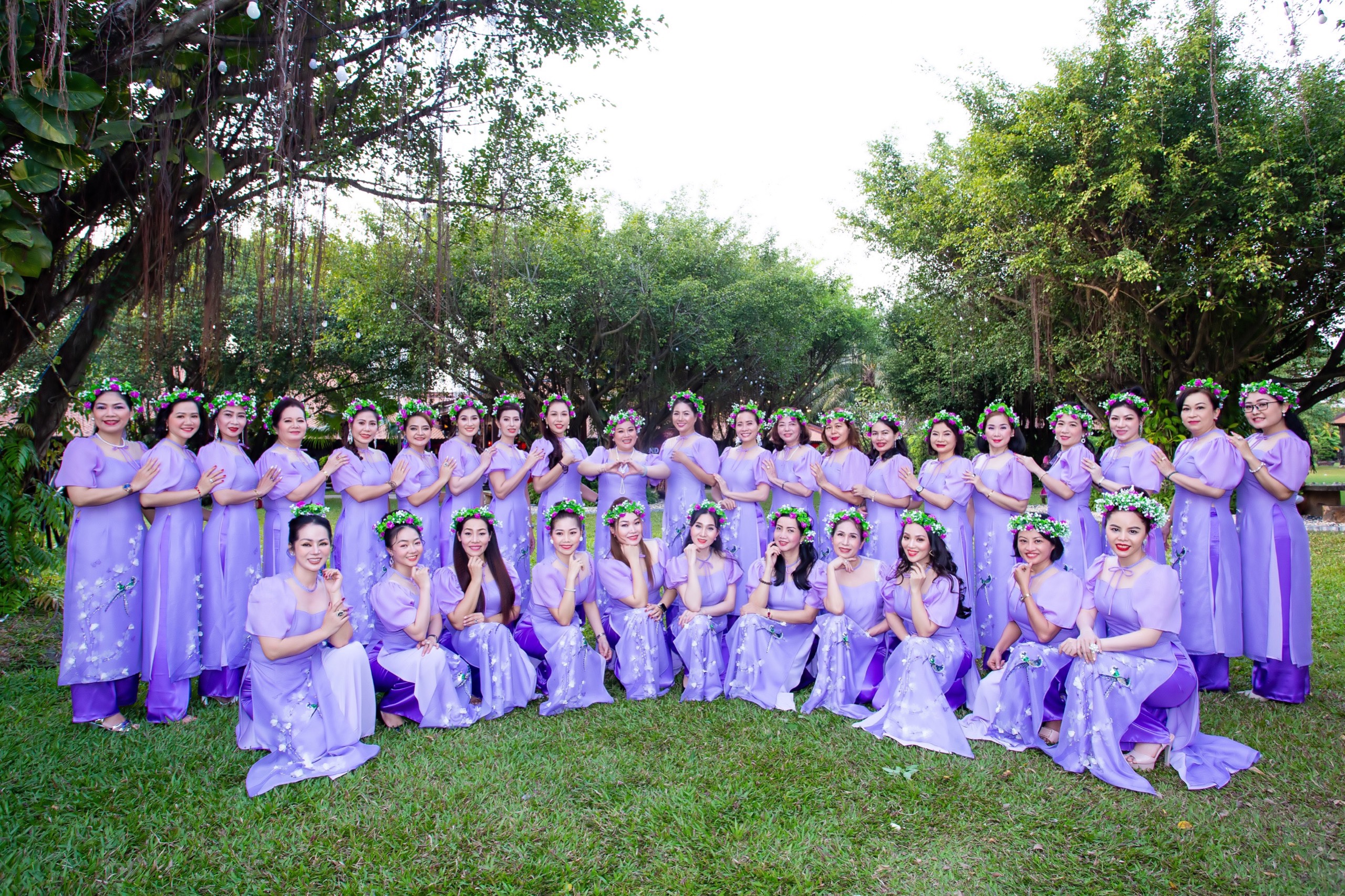 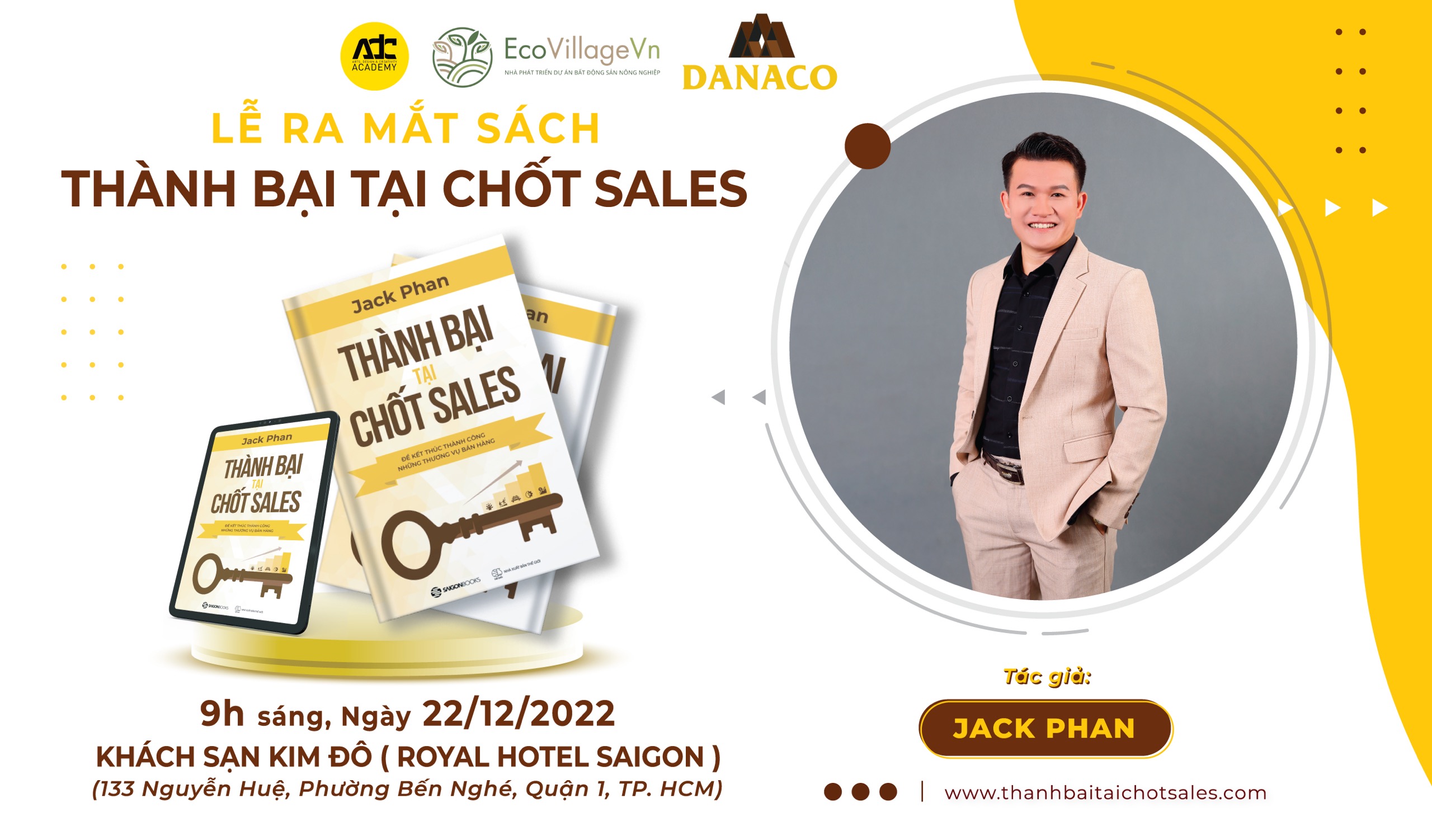 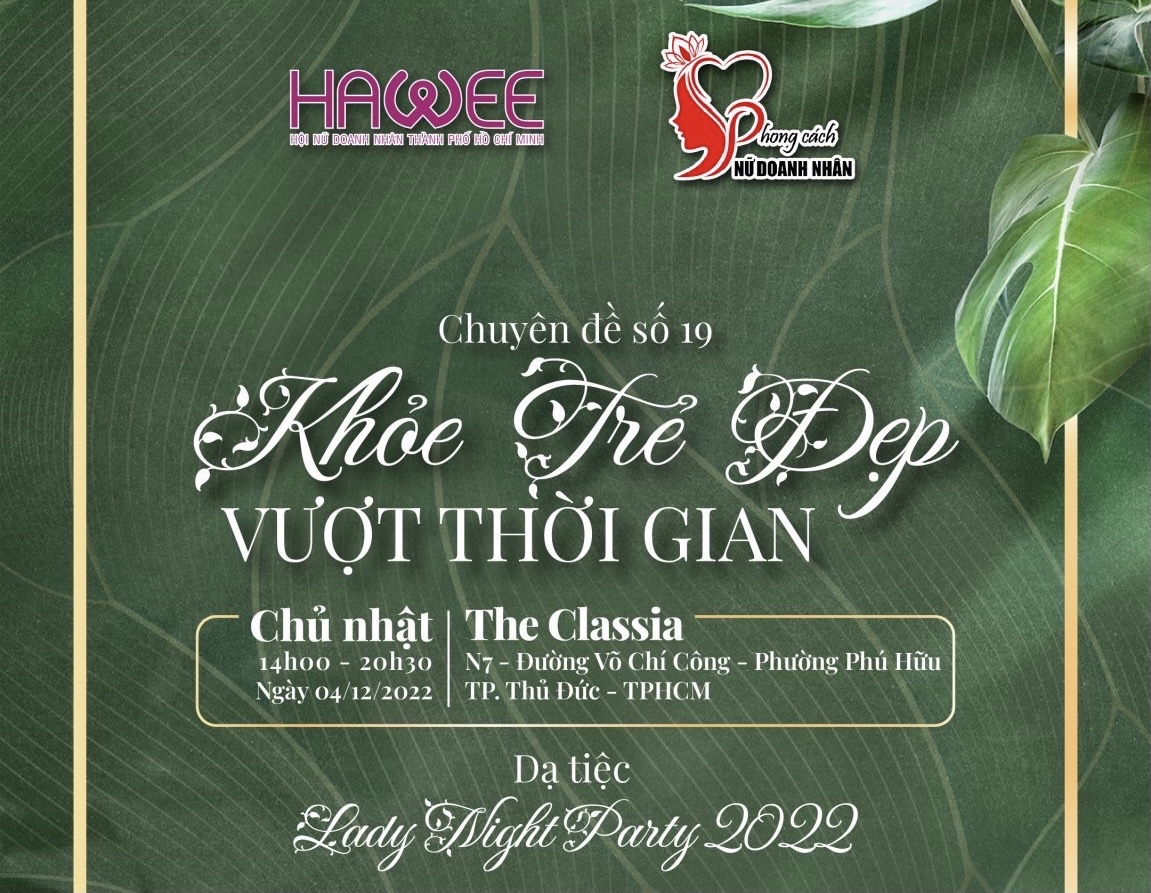 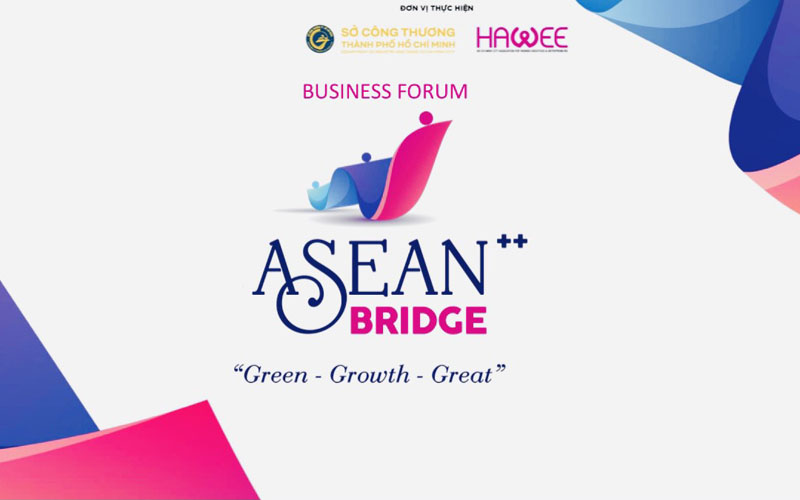 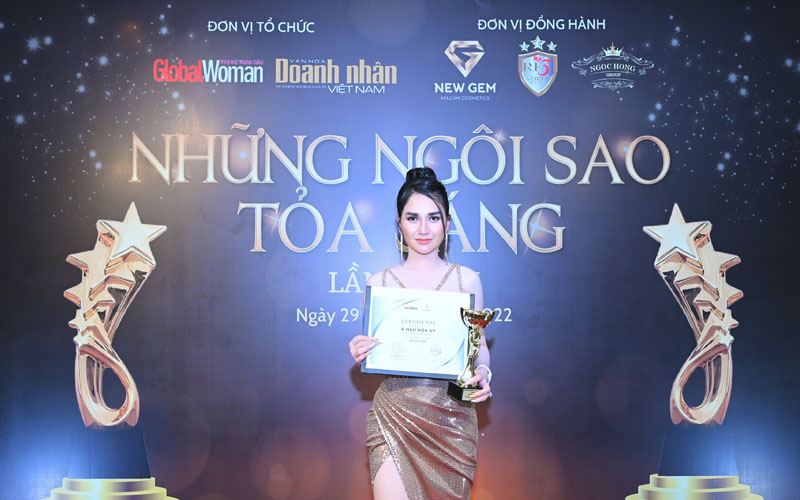 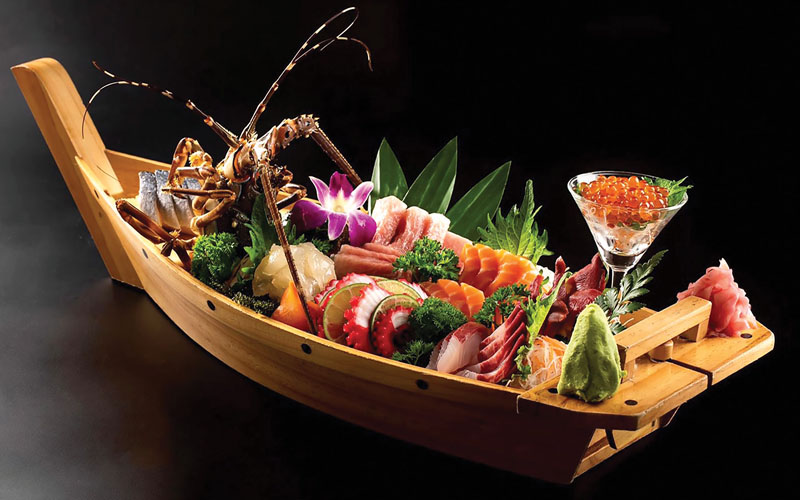 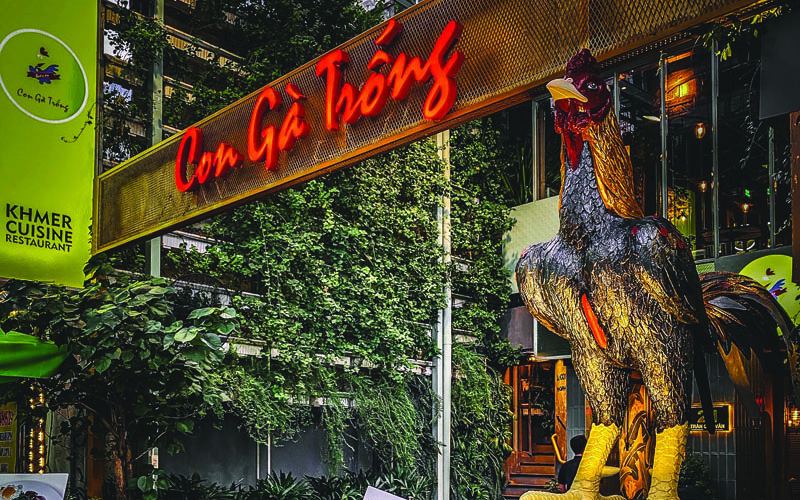 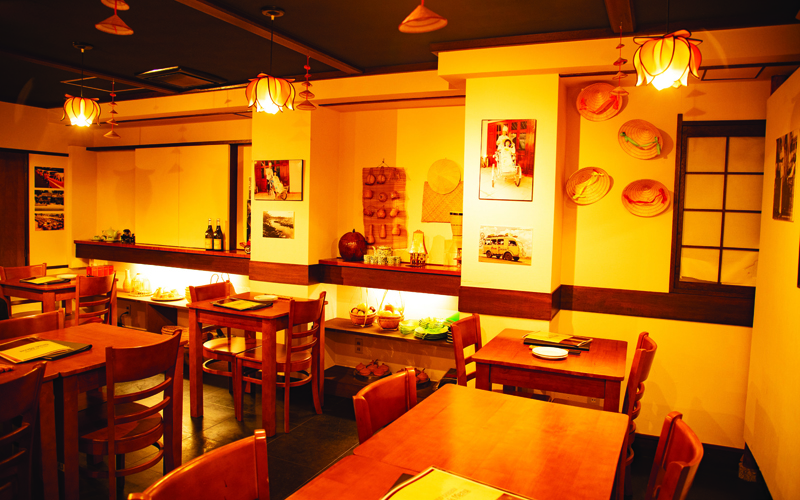 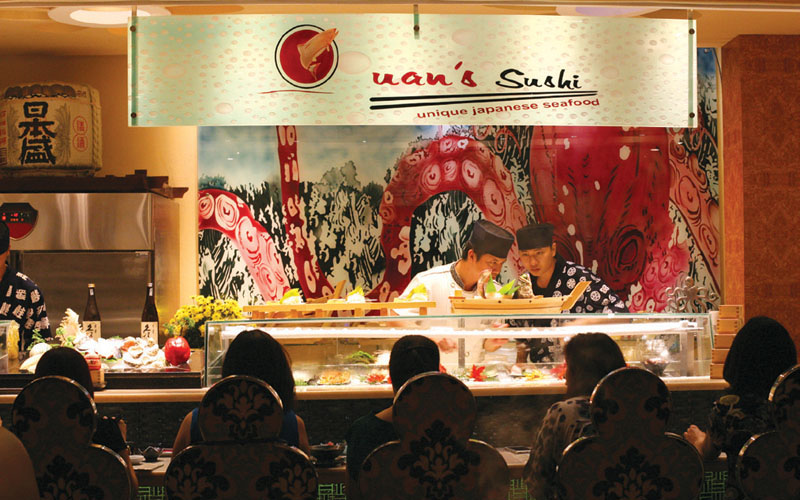